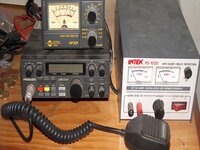 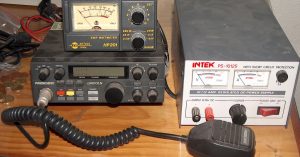 KOCHI: As Kerala prepares for the onslaught of another monsoon, ham radio operators are setting up stations at major dam sites to negate communication breakdowns in an emergency. Idukki, Mullaperiyar, Edamalayar and Kallarkutty are lined up to get ham radio channels. Idukki Ham Radio Emergency Communication Society secretary Manoj T R, who coordinates operations in the district, told TNIE that ham stations will be set up at major dam sites by next week.

“As the meteorological department predicts heavy rains, we are going to set up ham stations at major dams. The communication channels between dams were broken during the 2018 deluge. Considering that, dams like Kallarkutty, Mullaperiyar, Idukki, and Edamalayar will have ham stations soon. We are awaiting the nod from the district collector and the KSEB chairman,” he said. Three other stations will be set up at the Karimanal powerhouse, Vallakkadavu and Uppukandam along the path of the Periyar. In emergency situations, ham radio stations play a crucial role.

During the devastating floods in 2018, the lack of such a communication facility had foiled attempts to reinstate the operation of dams that were breached. “We are like police officers,” said Subramanian N Shastry, director, Institute of Amateur Radio in Kerala. “Similar to their march past, we have daily roll drills. As a warming-up process, all our stations go through the drills between 7 am and 8 am.” Currently, the operators are pushing themselves to the next level to ensure Covid precautions.