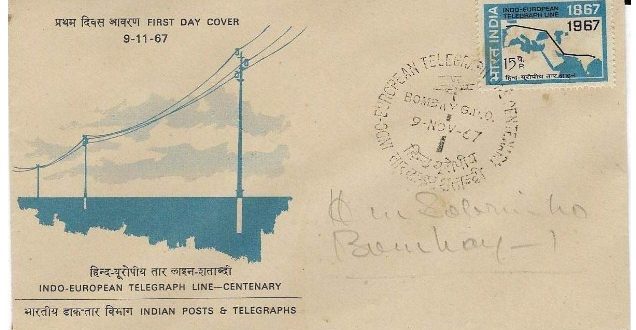 It is rightly said, “necessity is the mother of invention” and just like any other discovery, the dire need for a faster mode of communication led to the invention of telegraph. In the 1800s, Samuel Morse, an Art Professor, was away from home. During this period his wife died, but the news reached him so late that he couldn’t even attend her funeral. Those were the times when horseback messengers would pass on the messages. It took a long time for them to deliver it to the correct person. Having faced a problem, Morse was keen to find a solution to this problem. He looked to science for answers and built a prototype for instant communication over a long distance. Another young man, Alfred Vail, joined Morse in this project. Soon they built an instrument which is known to us as the telegraph.

The setup of a Telegraph consists of a power source, a key to generate electric pulses, power lines or cables between two locations and reception mechanism that can convert the electrical pulses into physical messages at distant places.

The first-ever message sent using a telegraph system was on 24th May 1844. The communication was between the cities of Washington and Baltimore and covered a distance of over 34 miles. It read, “What hath God wrought?” The early-system would send messages in a series of numbers, which had to be decoded with the help of a book similar to a dictionary. The recipient had to find the word received by searching for the number series. As this was very time consuming, Morse Code was developed to ease the decoding work substantially. The Morse Code even took into consideration the frequency of each of 26 alphabets and thus the most frequently used letter ‘E’ got the shortest code of a single dit ●, i.e. a dot, and the letter ‘T’ got the code of single dah –, i.e. a dash. With these modifications, the telegraph soon got recognized as a newer, faster and efficient mode of communication throughout the globe.

The telegraph lines or cables were not only laid on land, between two cities or nations but also across the ocean bed. We know them as the Transatlantic Lines. It facilitated faster communication for businesses and emergencies. Telegraphy service under the control of governments was widely used for communication during World War I. However, it was not preferred widely by the common people due to its high pricing, which was based on the number of words sent. 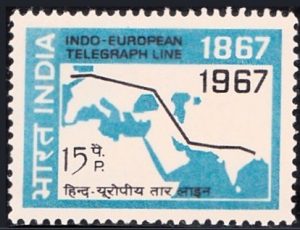 In various countries of the world, the telegraph services were offered by private companies as well as government-operated post offices. In India, these services were started in 1850 on an experimental basis between Kolkata and Diamond Harbour and were used by the British East India Company. In 1854, the telegraphy service was made available to the public of India. With the technological advancements, wireless radiotelegraphy replaced wired telegraphy. In this new system, Morse Code was sent as pulses of radio signals and received at the desired station by dedicated radio receivers. After a few years of successful use of telegraphy and Morse Code for short and urgent messaging, the invention of telephones led to the dwindling in these services. Further, the advent and availability of the internet for the common people was a final blow to the now-defunct telegraphy. In July 2013, India was the last country to discontinue commercial telegraphy operated by BSNL. 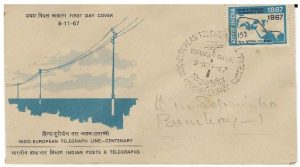 Although not in use for commercial services, the radiotelegraphy is still practised by hobbyists in various parts of the world. The Morse Code developed originally for the telegraphy services is widely used by the defence, police and other such departments as an efficient mode for emergency communications.

The Amateur Radio Operators are inclined to the Morse Code and love to learn the new ways to use it easily, like flashing lights, musical beats or even blinking of eyes. We never know which way might come handy one day!

You may go through the following links to get an elaborated picture of telegraphy and the use of HAM Radio in India!