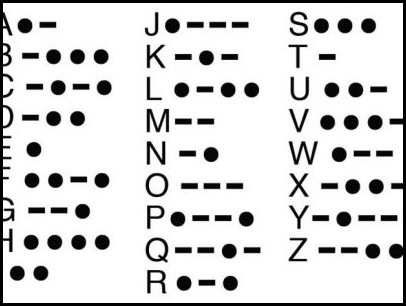 Morse Code is a code language used in wireless telegraphy or radiotelegraphy. It is named after its inventor Samuel Finely Breese Morse (1791–1872), an American artist and inventor of the telegraph. During the 1830s, Samuel Morse invented Morse Code for electric telegraphy. While Morse developed the codes only for numerals, his assistant and partner Alfred Lewis Vail, expanded the code to include alphabets and special characters. Transmitting Morse Code is economical, compact, uses low power, gives global coverage and is free from, disturbances and interference. It is the proud language of the amateur and is thoroughly enjoyable. 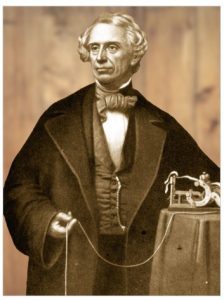 Samuel Morse: The inventor of the Morse Code

Since it was first invented, the International Morse Code has remained the same except for a few minor changes introduced in 1938. The International Morse Code was used in World War II and during the Korean and Vietnam wars. It was used heavily by the shipping industry and for the safety of the seas up until the early 1990s. Although amateur radio made up only a small part of the Morse Code usage, it did prepare many hundreds of operators for military duty in communications. In the early 2000s, most countries had dropped the ability to decipher Morse Code from the requirements to obtain an amateur radio license.

The International Morse code uses various arrangements of dots, dashes and spaces for representing letters of the alphabets, numerals and punctuation marks. In Morse code, a dot is known as ‘Dit’, and a dash is called ‘Dah’. The duration of the length of one dot or dit is one unit, and that of dash or dah is three units. The gap between these two elements, where dit or dah does not play, is called space. The short space between the letters is three units, and the space between the two words is seven units.

Similarly, the speed at which the Morse Code is transmitted is measured in ‘words per minute’ (wpm). A beginner can start with a speed of 8 wpm, which can be increased further. Experts are able to transmit and received the code at the rate of 40 wpm and above. 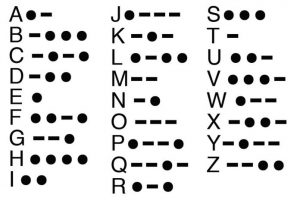 Morse Code is transmitted using a device which is called ‘Key’ that produces electrical signals, and these signals are then converted into sound. The process of producing these signals using the Morse key is called ‘keying’. Morse Code can also be transmitted using any sound-making device or using visual signals such as using a flashlight or even gestures such as blinking of eyes. These methods can be useful during the time of emergency.