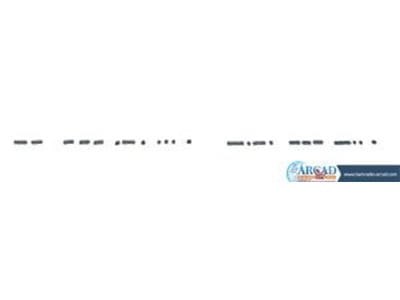 The word ‘communication’ has its origins in the Latin words Communis and Communicare. While Communis means something that is common and meant for sharing, Communicare means making something common. In English, communication is related to the community. Communication has evolved through the ages. The way people communicate with each other today is entirely different from the way they did in the prehistoric era. Hitherto, communication was limited to interpersonal interaction – person to person; after which it evolved into alphabets, signs and symbols, letters, and telephone. Today, the Internet era has paved the way for innumerable means of communication.

Technology has indeed redefined communication. People no longer have to wait for years, months, weeks, and days to receive information or message. Today, texts, e-mails, tweets, and personal messages can reach the recipient in just a matter of seconds.

Notwithstanding the exponential progress made in the field of communications, Ham radio and Morse Code have still retained their relevance more particularly in emergency situations when other forms of advanced communication are rendered ineffective in disaster situations.

Although the Morse Code was invented and put to use as far back as the mid 19th century, it has continued to remain relevant as the last resort when everything else has failed, particularly because it is so robust, easy to understand and implement.

When it was first invented, Morse Code was used in an electrical telegraph system for sending telegrams. During the 19th century, it was extensively used for communication.  During World War I and II in the 20th century and even today, in the 21st century, it is used in aviation, navigation, Coast Guard, Amateur Radio Applications, etc.

One of the greatest advantages of Morse Code is its ability to be used in just about any circumstance. It works as long as it is possible to create a signal of some sort, whether that be a written or symbolic image, flashing light, or even just tapping on something. It is also used commonly in radio communication. Morse Code’s flexibility to be used in almost any scenario is one of the reasons it is considered an essential part of training for soldiers.

Obviously, language can still be a barrier, which is why some common words are considered key components of Morse Code. The most famous of these is “SOS” designed as a universal distress signal by the German government in 1905. While many people have attempted to attribute meaning to the acronym, the SOS Morse Code was actually just chosen for its simplicity, being represented by three dots, three dashes, and three more dots.

Morse Code was used extensively during World War II, in the Vietnam and Korean wars, and remained the standard format for ocean communication until the Global Maritime Distress Safety System replaced it in 1999.

The advantages of Morse Code can be summarized as under:

Amateur Radio (Ham radio) is a popular hobby and service that brings people, electronics and communication together. People use Ham radio to talk across town, around the world, or even into space, all without the internet or cell phones. It is fun, social, educating and, as already mentioned, can be a lifeline during times of need.

Some people say Morse code is a language, and some say it is just a way of expressing a language. But learning Morse will bring the following additional benefits.

BENEFITS OF LEARNING A LANGUAGE (Benefits of Learning Morse)

At all ages, acquiring a second language enables us to develop various mental abilities.

A new language is a whole new intricate system of rules, structures and lexis. Learning a new language means your brain has to cope with complexity as it makes sense of and absorbs new patterns. As our brain works out the meaning, endeavouring to communicate, we develop key learning skills such as cognitive thinking and problem-solving. Highly developed critical thinking skills are a significant benefit both personally and professionally.

Use it or lose it. How many times have you heard that phrase? It is a simple fact – the more the brain is used, the better it functions. A new language requires not only familiarity with vocabulary and rules, but also being able to recall and apply this knowledge. Learning a language gives your memory a good work out in the brain gym. It means multilingual people have brains that are more exercised and quick to recall names, directions, facts, and figures.

Multi-tasking is very stressful for those who are not used to it or don’t do it well. According to a study from the Pennsylvania State University, people who are multilingual and proficient at toggling between languages excel at multi-tasking. People who have developed the ability to think in different languages and switch between them become much better multi-taskers, thus reducing stress levels.

A study from Spain’s Pompeu Fabra University revealed that multilingual people are better at observing their surroundings. They quickly spot anything that is irrelevant or deceptive. They’re also better at spotting misleading information. The study was conducted comparing multilingual and monolingual subjects, and the former notably had an edge. No wonder that famous, fictional detective characters such as Sherlock Holmes and Hercule Poirot are skilled linguists!

Several studies have been conducted on this topic, and the results are consistent. Language learning keeps your brain healthy. For monolingual adults, the mean age for the first signs of dementia is 71.4. For adults who speak two or more languages, the mean age for the same is 75.5. Studies considered factors such as education level, income level, gender and physical health. The results were consistent.

According to a study from the University of Chicago, decision-making ability comes easily to multilingual people. Apart from the rules and vocabulary that go with learning a foreign language, there are nuances and regional expressions that a student of a language frequently judges for appropriateness and hidden meanings. Multilinguals or polyglots are more confident in their decision-making choices.

Learning a new language makes you more conscious of the nuts and bolts of your own language. Terms such as vocabulary, grammar, conjugation, comprehension, idioms and sentence structure come easily, and your mother tongue is probably absorbed more intuitively. Learning a new language also makes you a better listener as you are used to having to interpret the meaning and judge the nuances.

Studies show that as a result of higher cognitive skills, the benefits of learning a new language include higher scores on standardized exams in math, reading comprehension and vocabulary. Children may ask why they have to learn this language, but parents and teachers know better! Language skills boost your ability to do well in problem-solving tasks across the board, a fact recognized through compulsory foreign language learning curriculum in schools.

Opening up to a culture allows you to be more flexible and appreciative of other people’ opinions and actions. As a result, if you are multilingual, you have the advantage of seeing the world from different viewpoints, enhancing your ability to communicate in today’s globally connected world.